LIVE WEBINAR: After Lapsus$, How to Protect your SSO from Vendor and Contractor Compromise
Register Now!
1Kosmos Blog / Blockchain

Bank of Central Banks Wants to Stop Creation of Crypto 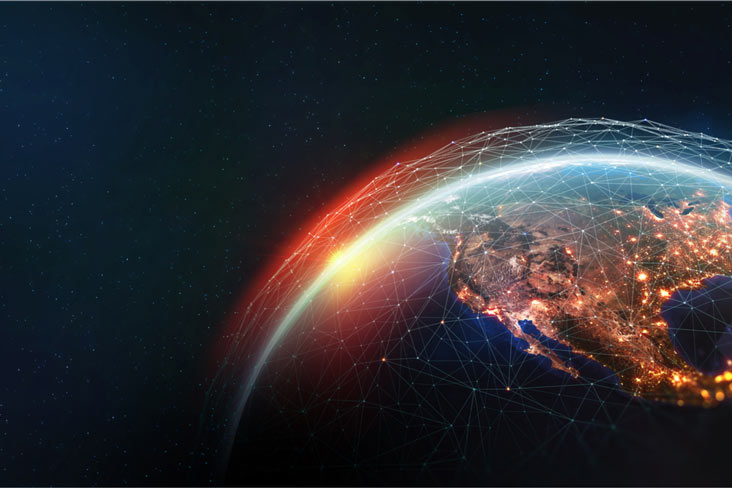 The rise of Bitcoin and the blockchain industry has been accompanied by criticism, just like any other emerging tech sector. Such criticism was heard during the dawn of the internet, and despite it, the internet is still alive and well today. Industry experts have offered different hot takes on the nature of cryptocurrency in general, calling it everything from a bubble to a Ponzi scheme. The latest well-known figure to criticize the cryptocurrency industry, however, is Agustín Carstens, head of the Bank for International Settlements, also known as the central bank for all central banks.

The rise of Bitcoin and the blockchain industry has been accompanied by criticism, just like any other emerging tech sector. Such criticism was heard during the dawn of the internet, and despite it, the internet is still alive and well today. Industry experts have offered different hot takes on the nature of cryptocurrency in general, calling it everything from a bubble to a Ponzi scheme. The latest well-known figure to criticize the cryptocurrency industry, however, is Agustín Carstens, head of the Bank for International Settlements, also known as the central bank for all central banks.

According to Carstens in a recent interview, young people should stop trying to create money in the form of cryptocurrency. The Bank for International Settlements’ opinion on cryptocurrency may not gain any traction within the community because things have been improving for cryptocurrency. Banks and large corporations have been warming up to blockchain, the underpinning technology of most cryptocurrencies.

Corporations like IBM have developed enterprise platforms and partnered with cryptocurrency platforms like Stellar to provide blockchain-based payment solutions. Several significant partnerships have also been made between cryptocurrency platforms and banks. Even with the fear of fraud and theft, banks realize that there is profit to be made from the industry and if their customers decide to trade, they may have no choice but to cooperate.

During the interview, Agustín Carstens was asked if cryptocurrencies can be described as money. He replied by explicitly stating that cryptocurrencies are not money, rather they are a type of asset that can be invested in. By Carstens’ description, these digital assets can’t assume the functionality of money in the economy due to the way they are created.

Mostly, cryptocurrencies are produced by a group of people who have either been appointed, elected or allowed to secure the network and receive new cryptocurrency in the form of block rewards. The most incentivized people in a cryptocurrency community are its miners. They make a profit when they create new assets and, in turn, deliver the needed security for the network.

Carstens has stated that this is a bad model for money and simply does not maximize its usefulness. Money is supposed to be a great store of value, means of payment and unit of account. However, so far, digital assets like cryptocurrency have proven to fail badly at all three things.

As for the hype surrounding the industry at the moment, mostly due to the peak prices achieved by major cryptocurrencies in 2017, Carstens believes that it is only happening as a result of the knowledge that a lot of money can be made on cryptocurrencies in a short period. He also called crypto assets a Ponzi scheme, bubble and environmental disaster due to the infrastructure needed to keep some of their networks running securely.

Carstens alluded to the fact that he is sure that cryptocurrency will not have a happy ending. He compared digital assets to the renowned National Bank electronic payment system of Switzerland saying that cryptocurrencies may never exhibit that level of efficiency and trust.

Central banks, on the other hand, have exhibited that level of trust, which is built on several years of efficient service, a level which Carstens is sure that digital asset networks will never achieve. This is why he believes that young people should be more focused on innovation and creative solutions to problems instead of trying to re-invent money.

This is not the first time that Carstens has openly criticized Bitcoin and the cryptocurrency industry. In fact, he gave a talk on the topic at the Goethe University in Germany in early 2018, stating that central banks must work hard to stop the rise of cryptocurrency. This would ensure that the technology does not meddle with the finance industry and affect the financial stability of various world economies.

He also spoke about the difficulties associated with working with Distributed Ledger Technologies (DLT) in central banks, including the lack of efficiency, the expensive costs, and the slow speeds. Prior to this, Mario Draghi, president of the European Central Bank, expressed his own opinion on cryptocurrencies calling them risky assets. He also stated that the European Central Bank is continuously working to identify threats and dangers that cryptocurrency may pose so that they are mitigated before any harm can be done.

In addition to this, Carstens based the enthusiasm within the cryptocurrency industry on speculative mania and their use for illegal transactions. According to the BIS head, authorities are getting closer to finding ways to control and prevent the risks associated with digital asset use, stating that it is alarming that several banks have come up with bitcoin ATM’s where BTC can easily be bought or sold, an easy alternative to a Bitcoin exchange.

As long as the most prominent use case for cryptocurrencies lies in illegal payments, central banks cannot merge the technology with that of the banking sector, to avoid financial disaster. This is similar to the opinion shared by the U.S. Secret Service concerning the provision of regulations for cryptocurrencies, especially those that provide anonymity to users. These coins are usually misused for illegal transactions and present issues when tracing such payments.

The BIS has taken this stance on the industry for a long time. In February 2018, they highlighted issues with the scalability model of cryptocurrencies, stating that those with more users and a more extensive network are more likely to break down before others. Again, the bank warned the public to avoid making any risky decisions concerning their investments within the space.

According to the BIS annual report, due to the fragility, lack of stability and lack of scalability, trust can easily disappear from the network and its capabilities. Such networks are also subject to regular congestion as they grow larger. One example is the Ethereum network congestion that occurred subsequent to the launch of Cryptokitties. Other issues addressed include transaction fees and limits.

Many have argued that banks make money and are taking a hypocritical stand by telling others not to. The warning by Carstens will most likely not be taken seriously in light of the continuous flood of investors into the cryptocurrency space. Despite the volatility within the industry, cryptocurrency has come to be recognized as a way to invest and make a lot of money. As a result, demand for digital assets has increased over time and will continue to lead to an increase in supply, not the opposite scenario that Carstens is proposing.

Despite the bold statements by Carstens, the cryptocurrency industry has seen improvement in the number of projects, investors and amount of money raised through crowdfunding. Apart from the statements that tell young people to stop trying to make money, he raised some relevant points including the insecurity and expenses associated with running such networks. Another problem lies in the lack of stringent regulations within the industry to govern its many investment and trade practices.

Carstens continues to be outspoken about the Bank of International Settlements lack of support for cryptocurrency as a whole. Other experts in various financial and technological fields also continue to show mixed opinions on the subject. However, the recurring themes are rooted in regulation, theft, illegal activities and profits. Hopefully, cryptocurrency will get to a middle ground that makes security provision for users, regulators, like central banks and even law enforcement, easier.

This article was written and published originally on mintdice. You can visit the article here.