The Carbon Footprint of Blockchain 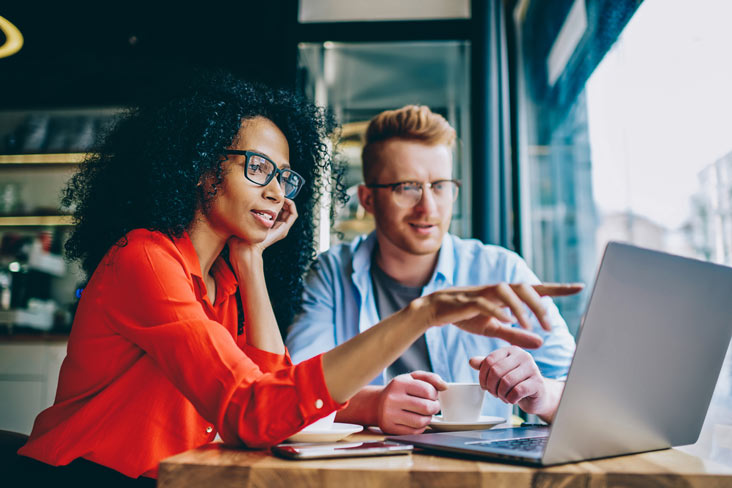 Blockchain technology requires a significant volume of equipment to run adequately. It is indeed not farfetched to hear that hundreds if not thousands of computers are required to form a single Blockchain. Just for the fun of it, I’m inviting you to google “Bitcoin mining facility” and check the images your search returns. You’ll quickly understand that we’re not talking about Mom’s and Pap’s desktop computers connected to a server placed inside a closet in the guest bedroom. We’re actually talking about facilities that would make any Walmart Distribution Supercenter look like a tool storage shed in the back of those same Mom’s and Pap’s backyard.

So, I started wondering what the footprint of a Blockchain must actually be. It was somewhat the same question I asked myself when most of my Silicon Valley buddies started buying Tesla’s and bragging about driving a zero-emission vehicle… Naturally, I refrained from raining on their parade, refusing to become the group’s accredited Debbie Downer. But let’s not fool ourselves. The carbon footprint of manufacturing a full-sized Tesla Model S rear-wheel drive car is equivalent to manufacturing a full-sized internal combustion car… To meditate.

Yes, Some Blockchains Platforms Can Be Gluttonous Consumers of Energy

Bitcoins, a cryptocurrency traded on a Blockchain platform, consume an enormous amount of energy. Just to give you an idea, Morgan Stanley has estimated that “the original Blockchain, which underlies Bitcoin, runs on an algorithm that could consume more energy than Argentina this year.” At first sight, this fascinating statistic tells us that transacting Bitcoins on the Blockchain burns way too much energy. And each word I just wrote is important. I’m solely talking about Bitcoins being transacted on the Blockchain.

Do you know how much it costs in electricity to mine a single Bitcoin in the United States? Before I give you the answer, I should explain briefly what it means to “mine a Bitcoin.” Bitcoin mining is the process, where transactions can be verified and added to the Blockchain, and also the means through which new bitcoin are released. I know you’re burning with desire to know how much it costs… Well it depends on where you are located to mine your Bitcoin. The answer is $1,200 in Trinidad and Tobago, which is the lowest, if we assume that stats coming from Venezuela are all about state-run propaganda ($531). The cost of mining a Bitcoin is $4,750 in the United States, $8,400 in the United Kingdom, $9,000 in China and finally, the highest, $26,000 in South Korea, or about three times the market value of a Bitcoin as I am writing this post today.

There is a total of 21 million Bitcoins out there, and roughly 18.3 million have already been mined. Computing the associated carbon footprint might make you feel dizzy. Now my goal is not to guilt you in any way, on top of having probably lost a fortune (and regained a bit) trading Bitcoins lately. However, this is a reality. And if Blockchain is going to truly revolutionize the way individuals and business entities transact with one another, a significant effort must be placed on the level of energy the Blockchain requires to run. Remember, when we look back it’s always preferable to be on the right side of history.

But, Not All Blockchains Are Alike… Fortunately!

There is a type of Blockchain that has absolutely nothing to do with the way Bitcoins run things, simply because it is way too expensive and socially irresponsible. So, what does it mean to run decentralized applications, exchange utility tokens and transact thanks to smart contracts on a Blockchain platform that’s respectful of our resources and environment? It starts by slashing the energy required to run any operation. Therefore, the challenge is to develop the proper tools, so it becomes possible to process an ever-growing volume of transactions per second at minimal cost, while accommodating an ever-expanding user base. In other words, it’s all about coming up with the best algorithm possible to make this a reality.

To that effect, many businesses have developed Blockchain-based platforms on top of Ethereum, another Blockchain technology also known as “Bitcoin’s little cousin.” Why Ethereum? For starters, the power cost to mine 1 Ether, which is Ethereum’s native cryptocurrency, is about $300, or less than ten times (on average) what is required to mine 1 Bitcoin. Moreover, Ethereum has focused most of its efforts facilitating the deployment of smart contracts, so businesses can transact with one another with ease and speed. Ethereum’s goal is indeed to facilitate a growing execution of smart contracts simultaneously within an ever-decreasing amount of time (basically in the region of thousands of transactions per second), ultimately driving electricity consumption to a minimum.

Mining: Proof of Work vs. Proof of Stake

Let’s come back to mining for a minute. It’s the operation that almost exclusively contributes to the level of a Blockchain’s carbon footprint. In the last two paragraphs, I shared with you that mining is more of less energy gluttonous depending on the Blockchain platform’s native cryptocurrency to mine. Alright, bear with me here…

In Blockchain, “Proof of Work” is the name of the original consensus algorithm in a Blockchain network. Miners compete with one another by using this algorithm to verify the legitimacy and uniqueness of a transaction. See it as a highly complex mathematical problem they need to solve. Once the problem is solved and consequently the transaction is validated, a new block in the Blockchain is created. And the first miner to succeed gets rewarded. But due to the complexity of the algorithm, this type of mining necessitates the use of highly specialized computer hardware that consume large amounts of power. Compounded by the number of miners involved in the process, the associated carbon footprint is off the charts. Bitcoins are actually mined based on this consensus algorithm.

Wanting a greener and cheaper distributed form of consensus, Ethereum transitioned from “Proof of Work” to another type of consensus algorithm called “Proof of Stake.” The purpose is the same but the process to reach the goal differs. This time, miners do not compete with one another to solve a problem. Instead, one miner is selected based on his or her stake in the network. And the reward is a pre-determined transaction fee in the cryptocurrency s/he is mining. “Proof of Stake” results in significant energy savings.

Consensus: A Nissan Leaf with the Power of a Tesla?